How to perfect your wedding look

Residents near Mount Kenya National Park have had the scare of their lives after spotting a lion hiding in the bushes. They hurriedly called the Kenya Wildlife Service (KWS), who rushed to the scene to avoid any conflict between the wild animal and the locals. Once wildlife authorities arrived, the cat was out of the bag — or, indeed, the cat was actually a bag. Wildlife authorities realized that a shopping bag filled with a non-threatening avocado plant had an overly realistic print design of an adult lion. The optical illusion created the impression of a large cat stalking and ready to pounce on any unsuspecting creature passing by. Relieved, the officers laughed it off and posted the story on social media. “Although this is a false alarm, we commend the public for raising the alarm to mitigate potential conflict,” he wrote. Kenya’s national parks are considered hotspots for human-wildlife conflict and have led to lion deaths, reducing their population. Conservation efforts involving people and wildlife have been intensified in Kenya.

The fate of the penguins is near

By 2060, emperor penguins will be threatened with extinction due to loss of Antarctic sea ice caused by greenhouse gas emissions that drive climate change. “[Climate] projections suggest that colonies located between latitudes 60 and 70 degrees [south] will disappear in the coming decades; that is, within the next 30 or 40 years,” said biologist Marcela Libertelli, who studies birds at the Argentine Antarctic Institute. The sea ice needs sections of the Southern Ocean to freeze over at a specific time and for those parts to remain frozen for nine months of the year for emperor penguins to breed safely, incubate their eggs and raise their young. Changes in their environment could disrupt penguin breeding and rearing routines. “Changes or loss of fast ice or early ice breakup can lead to massive reproductive failure for several consecutive years. Collapsed ice shelves can block paths to feeding areas, resulting in the death of chicks and adults,” says the World Wildlife Fund. These majestic creatures have also been affected by overfishing, which has led to fewer food sources for the penguins.

A woman in El Salvador has been sentenced to 30 years in prison after losing her child during pregnancy. She was convicted of homicide after seeking medical assistance following a pregnancy-related health crisis that led to the death of her unborn baby. In El Salvador, where anti-abortion sentiment is rampant and abortions under any circumstances are punishable by law, women can also be arrested for miscarriages, stillbirths and other medical emergencies. The 28-year-old’s arrest is a setback for reproductive rights groups that have made progress securing releases from prison for women sentenced to decades-long abortions. The most recent sentencing comes as US citizens face a future where abortions could be criminalized in at least 20 states. The Supreme Court should strike down Roe vs. Wadea decision that upheld a woman’s right to an abortion.

Spikes of violence in Sri Lanka

Violence in Sri Lanka has increased since protests began in March this year. The death of four protesters, a member of the ruling party, the injury of 200 people and the burning of 52 houses belonging to the Rajapaksa political dynasty drove the family into hiding. The civil unrest began as the country sank deeper into an economic crisis, which opponents blamed on President Gotabaya Rajapaksa, saying it was due to his lack of interest in growing the economy and his desire to build a family dynasty. Mahinda Rajapaksa resigned as prime minister on Monday, hours before his mansion was set on fire by protesters. Mahinda, who was rescued from his mansion, fled and is at a naval base where protesters have also gathered. The economic crisis in Sri Lanka has led to rising inflation, bankruptcies, food and fuel shortages and relentless power outages.

After its launch in 2017, Rihanna’s famous beauty brand Fenty will be released in Africa. “I’ve been waiting for this moment!! Fenty Beauty and Fenty Skin are finally coming to Africa!!!” wrote musician and beauty mogul Rihanna.Although the beauty brand has found success by catering to a wide variety of skin tones, especially darker skin tones, fans and followers across the continent Africans have long aspired to Fenty beauty and skincare products RiRi’s announcement, which named South Africa, Nigeria, Kenya, Botswana and Zambia, among other countries, as launch sites, was followed by a flurry of comments from subscribers who couldn’t contain their excitement.Fenty Beauty, nominated by Weather magazine as one of the best inventions of 2017, contributed to the Barbadian singer’s billionaire status.

The footballer has a stinky eye

A football player has somehow reached adulthood still behaving like a child, farting for fun and laughing inappropriately in front of sports officials. Brazilian footballer Marcelo Antônio Guedes Filho, 34, displayed ‘inappropriate behaviour’ when he was caught laughing during the captain’s post-match speech after his France team from the time, Lyon, lost 3-0 against Angers. The reasons for the demotion of the former team leader last August and the termination of his contract in January have remained unknown until now. After the match, in which he also scored an own goal, he repeatedly farted near teammates and laughed near officials, including a football coach and sporting director. Unimpressed, the club tried to discipline him, to no avail. Marcelo joined Bordeaux, a lower-tier football club, at the end of January.

Zimbabwean farmers are looking to reap profits from a global cannabis boom with medical marijuana. After becoming one of the first countries on the continent to legalize medical marijuana, Zimbabwe issued 57 licenses in hopes of cashing in on the boom. “We are ready to sell cannabis at $25 per kilogram, which is five, six times what a good tobacco harvest can give you,” said farmer Munyaradzi Nyanungo. “We are actually sitting on a mine of green gold.” Despite their optimism, farmers like Nyanungo still face high setup costs and strict regulations, which can hinder development and expose the business to various risks. One of these regulations includes the requirement to use a greenhouse to meet the “organically grown cannabis” standard. Nyanungo said, “A greenhouse is very expensive. All that greenhouse: you need about $500,000 just to put the structure up. He estimates the cost of growing a single hectare of weeds at $2.5 million. Countries like Malawi are also in pursuit of the “green gold” economy, essentially making an agricultural shift from growing tobacco,

Earlier this year, an Adidas advertisement showing bare breasts of various shapes and sizes sparked controversy. The ad was meant to promote the brand’s new range of sports bras, which come in different styles to suit different breast shapes. “The reasons why we didn’t create a single new sports bra,” read the caption on advertising posters and billboards showing bare breasts. After receiving 24 complaints citing the objectification and sexualisation of women, the UK’s Advertising Standards Agency banned the ad. Although he did not find the ads sexually explicit, he was banned for the explicit nudity and for his propensity to cause widespread offense. A spokesperson for Adidas UK said the brand stood proudly behind the advert and its message. The ads, according to Adidas, “show how diverse breasts are” and how necessary its range of bras are.

Two brides, who are sisters, nearly lost their husbands after a power outage during the wedding ceremony in India. They were part of a joint marriage which included a third sister and a brother. Despite the power cut, the four couples decided to continue the nuptials in the dark, which led to the two bride and groom swapping partners. Both brides went through a series of pre-wedding ceremonies with the wrong spouse. Fortunately, the error was spotted before saat phere, the main ritual where couples say their sacred vows to each other, walk around a sacred fire and effectively seal the deal. Power cuts, which are caused by coal shortages, have been ubiquitous in India. A survey shows that two out of three households in the country’s 322 districts reported experiencing persistent power outages for “two or more hours every day”. In South Africa, the frequency of load shedding has doubled since last year. Eskom warned of an increased risk of power outages in winter, especially in the evenings and mornings.

Previous Melbourne bride gets her hair cut at a wedding reception 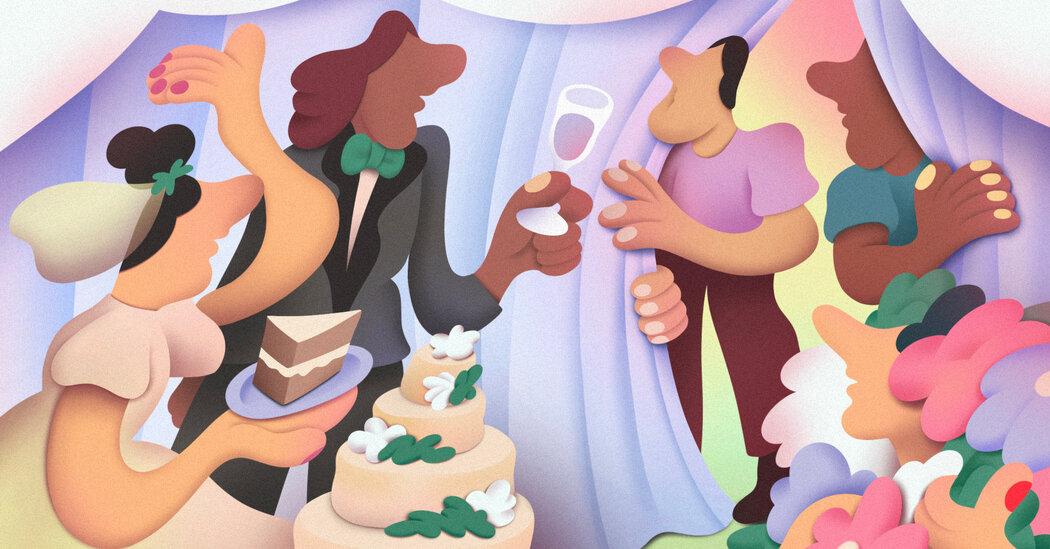 When Wedding Crashers are welcome 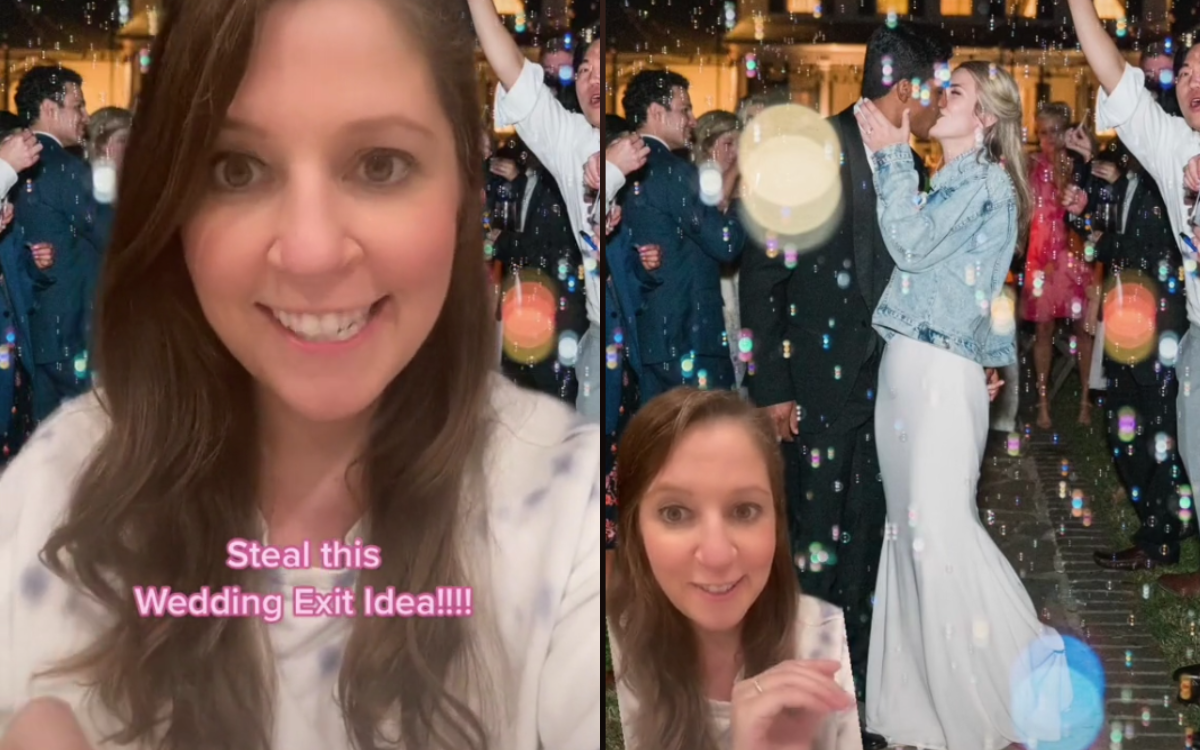 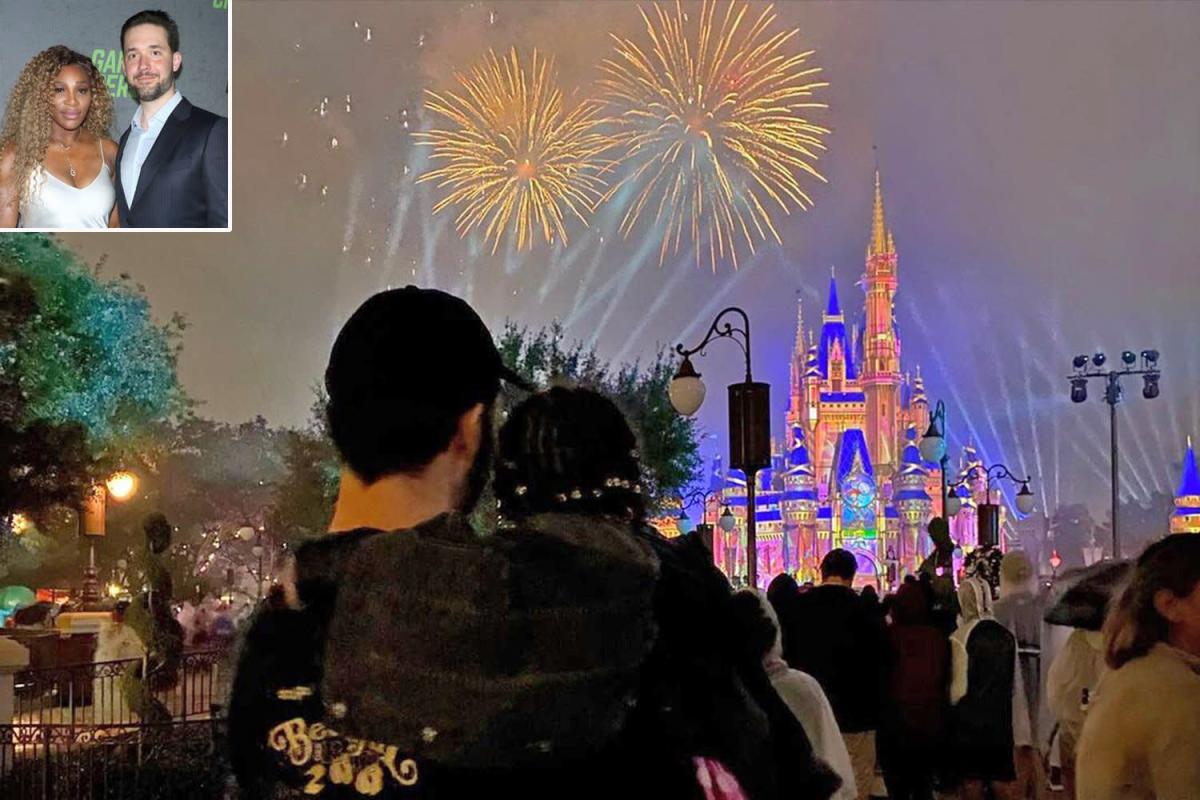