In their own words: Molly Duke and Aaron Gonzalez | Pilot Club bridal showcase

A few years ago, I wrote a column about my parents’ wedding day. They were married on January 10, 1959 at St Hedda’s Church in Egton Bridge, and the night before there had been a big blizzard.

I remembered the clerk was a retired sergeant who dad remembered had a fiery temper and had once forced him, when he was a young cadet, to clear the road to his private home. Daddy had been very happy to hand a shovel to the man to help him clear the snow outside the church.

On his way to the ceremony, this clerk got stuck in a snowdrift, but was rescued by the wedding photographer who ran into him on the way. Using his Land Rover, a vehicle adapted to the country’s winters, he helped tow the broken down car before letting the Registrar do the rest of the way. What I didn’t mention the first time around was that this photographer was a well-known Whitby figure, John Tindale.

I was fortunate to be recently invited to the launch of an exhibit at the Whitby Museum showcasing John’s work and celebrating his life. John was an excellent photographer and his passion was documenting the lives of ordinary people who lived and worked in the city. Most families made their living either from the sea or from farming the moors, and John’s work, which spanned the 1950s to the 1990s, celebrated the everyday, yet remarkable, stories of these people.

While it was this kind of photography that John enjoyed the most, his main income came from working as a press photographer for the Whitby Gazette, and also as a wedding photographer, sometimes attending all three ceremonies in one day. He was often seen standing on top of his trusty Land Rover to get a better position from which to take a photo. In fact, one of my favorite photos from my parents’ wedding was taken by John looking down from his car as they left church.

At the center of the exhibition, on view until the end of May next year, is a film called A Vision of Whitby, directed by filmmaker Anne Dodsworth. She invited my mom to join in to talk about her memories of the wedding day and John’s role in it. I have to admit, seeing mum describe the occasion on screen for the first time was very emotional, especially since dad wasn’t there to share the moment.

There is a companion exhibit in the museum’s costume gallery that showcases the evolution of wedding dress fashion over the years John worked as a wedding photographer. My mother’s simple cotton brocade dress is one of those featured, as is a gorgeous and much more elaborate dress owned by the Marquise de Normanby.

Next to my mother’s dress is a plaque showing an article in the Whitby Gazette at the time. I loved reading the contemporary account, which describes how Tindale helped the clerk get to church, only to arrive and find that the bride herself hadn’t come.

The article goes on to say: “Investigation showed that the taxi she ordered to take her from her home to the church was blocked. Mr Tindale tried to help but found himself in a drift. and after half an hour late, the bride had to take off her wedding shoes, put on a pair of boots and walk to church, using the classroom to change her shoes before the wedding ceremony.

“The groom hadn’t risked the road conditions and had traveled to Egton Bridge by train.”

I took my mom on a trip to the moors a few months ago, somewhere she hadn’t been in a long time. We visited Lealholm, passing the house where she was born, and also through Glaisdale where dad was born, then went to lay flowers where her late parents and sister rest in the courtyard of Sleights Church.

A highlight of the trip was a visit to the Church of St. Hedda, which is absolutely stunning inside and well worth a visit. Over 62 years after saying “yes”, mum lit a candle for daddy and remembered that very special snowy day in 1959.

Next No big Punjabi wedding, this: The Tribune India 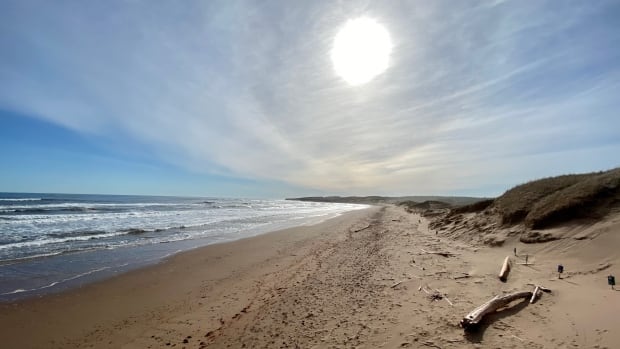