Karaoke, weddings back in full force after pandemic restrictions are lifted in Saskatchewan.

Ganpat Singh Sodha, a resident of Umerkot, Pakistan, could not be with her mother as she died of cancer at her brother’s home 300 km away, across the river. border at Jodhpur. Three of his children are also in Jodhpur and he has not seen them for five years.

A former sindhi teacher at a public school in Umerkot – when the Hindu principality of Azarkot was renamed after partition – Ganpat had desperately called the Indian high commission in Islamabad as he tried to obtain a visa.

On April 20, 2021, he sent the Commission a voicemail message in Urdu / English saying, “This is Ganpat from Umerkot, Sindh. I also applied for a visa last month and it has not been issued. Now my visa has been rejected again. He still has an audio recording on WhatsApp in which he crisply pleads, “My mom is on her deathbed. Please issue the visa for humanitarian reasons.

“We cannot issue the visa because we have not obtained the necessary authorizations from India,” the official response read.

Ganpat’s mother died on May 15, less than three weeks after her plea to the Indian High Commission in Pakistan. A week before her death, she made a video on Instagram, begging authorities to allow her son to travel to be with her, but to no avail.

Ganpat belongs to the small Rajput Sodha clan, based in Pakistan with around 40,000 members. The Sodhas are a minority within the Hindu minority community (itself having only about eight million members), constituting only 0.18% of the 220 million Muslim majority inhabitants of the country.

Ganpat (49) is the youngest of four siblings. Her older sister is married and lives in the Indian border town of Jaisalmer and her older brother, Lal Singh, lives in Jodhpur. His other brother, Dalpat Singh, died of a heart attack in Pakistan in 2004 at the age of 34, leaving behind a wife and two young daughters. Their mother, Darya Kanwar, traveled to India for angioplasty in 2014 and remained there until her death.

The family of Jodhpur was preparing the wedding of the daughters of Dalpat, Madan Kanwar and Chander Kanwar, in December 2016, when Ganpat arrived on his 60 day visa. He applied to the local Foreign Resident Registration Office (FRRO) for a six-month extension in order to stay for the weddings.

For more than a decade now, the Sodha Rajputs of Pakistan have been able to benefit from such visa extensions for marriage-related visits, granted by the local FRROs in Rajasthan. These FRROs can also allow Sodhas visiting Jaipur or Jodhpur to visit towns in border districts like Bikaner, Jaisalmer and Kutch.

The precedent for such permissions, made specifically for Pakistani Sodhas, arose out of the relationship between the Ranas of Umerkot and SK Singh, former spokesperson for the Indian Ministry of Foreign Affairs (MEA) and later, Indian High Commissioner for Pakistan from 1985 to 1989. Singh was close to the Pakistani parliamentarian and 25e Umerkot’s hereditary ruler, Rana Chandra Singh, whose wife had marital ties to Singh’s family.

Soda gotra where the lineage is part of the largest Rajput community in Southeast Asia. While Rajputs largely marry within their community, mixed marriages within a gotra are strictly prohibited. Since 1123 ADE, when the first ruler of Sodha, Rana Amar Singh, settled in Tharparkar and founded Amarkot, his descendants have traditionally been married in Rajput gotras in the neighboring state of Rajasthan, across the Indian border.

After independence and partition in 1947, local deputy commissioners were authorized to issue permits to people to cross the border. There were direct flights between Hyderabad, Sindh and Jodhpur, says Rana Hamir Singh, the 26th Sodha ruler of Umerkot.

Before the score, Hamir Singh’s grandfather, Arjun Singh, traveled by train from Amarkot to Jodhphur. Her father Chandra Singh baraat flew from Hyderabad to Jaipur to bring back his wife, Rajmata Subhdra Kumari, from Bikaner.

“When my mother missed her favorite food, katchoris and Samosas, my father delegated a kamdar to go by train to Jodhpur and bring them to make her happy, ”said Hamir Singh, laughing at the memory.

These cross-border marriages, not only among royalty but also among ordinary Sodhas, continue despite increasing difficulties. Since India’s war against Pakistan in 1965, visa regimes have become more restrictive.

“Maybe we should start taking an interest in Rajput families in Nepal,” said Sarita Kumari, Hamir Singh’s cousin who got married in Jaipur.

The Hyderabad-Jaipur flight was suspended in 1965 and was never resumed. Rail service was also canceled. The Thar Express functioning between Karachi and Jodhpur was relaunched in 2006, then canceled again in 2019 amid escalating tensions between India and Pakistan.

Since then, the only regular border opening between the two countries is that of Wagah in Amritsar, 1,200 km north of Umerkot. While the Monabao border is considerably closer, barely 40 miles from Umerkot, special permission from the security forces is required to cross it, which is difficult to obtain.

A map showing how far Umerkot is from Wagah (in Amritsar), Jaipur and Jodhpur.

With the Monabao crossing closed, Ganpat went from Umerkot to the Wagah border to accompany his wife and children, then again later to receive them.

In 2018, the FRRO set up a online platform to allow visitors to apply for visa extensions electronically. However, several Sodhas told the India time that they submit documents physically only in the FRRO units.

The Sodhas say the 30-40 day city-specific visas India grants them are not suited to their needs. Planning weddings is time consuming and involves multiple visits to the potential couple’s family homes, followed by lengthy wedding ceremonies.

When SK Singh became governor of Rajasthan, Hamir Singh approached him for help. “I told him we have this problem,” he said.

Singh called on former President Pratibha Patil to intervene. The Interior Ministry subsequently issued a special notification to the FRROs. But in recent years, Indian authorities have revoked the authorization.

When Ganpat applied for his six-month visa extension, the FRRO sent him to Delhi instead of processing the application locally.

Unaware that the extension was not forthcoming, Ganpat did not return to Pakistan until May 2017 after his nieces got married, just over two months after his original visa expired, but before the extension requested is exhausted.

Ganpat later found out that he had been blacklisted for “going over” his visa during his last stay in India. No one raised any objection to a “time limit” at the time, he said. In fact, the FRRO duly authorized his return by a letter of departure, which is kept by the Indian border authorities. If there had been a problem, he said, it would have been reported upon his return to Pakistan.

When Ganpat again applied for an Indian visa, he found himself stranded.

Ganpat married his first wife Magan in Jodhpur in 1996. The train service was canceled at the time so the barat had flown from Karachi to Delhi. Magan then returned with Ganpat to Umerkot and subsequently obtained Pakistani citizenship.

Their three children, Chander Veer Singh, Meena and Disha, aged 21, 20 and 12 respectively, were very young when Magan died of hepatitis in Karachi in 2012.

Two years after Magan’s death, his family in Jodhpur had arranged for Ganpat to marry his cousin, Dimple Kumari. The children have lived in Jodhpur ever since. They visited Umerkot once, a few years after their mother died and would like to return, but their Long Term Visas (LTVs) require a No Objection Return Visa to India (NORI) if they were to leave the country. This NORI is not easy to obtain, they say. 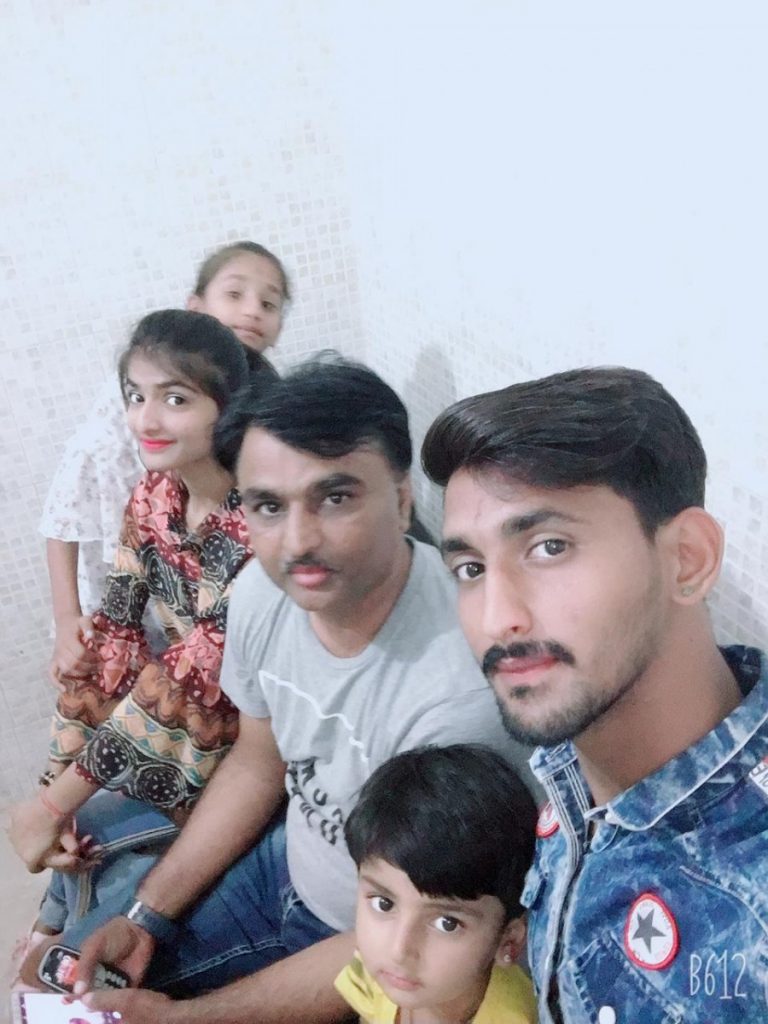 Chandar Veer got engaged at the end of November and the whole family was present except for Ganpat; he was to participate in the ceremony by video call from Umerkot.

The case of Ganpat’s family is not an isolated incident; many other Sodhas in Pakistan are forced to stay away from their families due to visa issues. The above India time The report mentions many Sodhas who duly apply for and even get visa extensions while in India, but these requests are rejected once back in Pakistan, unable to return.

Ganpat estimates that there are around 300 cases of “blacklisted” Sodhas. He personally knows dozens of such cases. For example, Shakti Singh, a doctor in Pakistan, is the only brother of four sisters, all married and residing in India. When he visited them in 2017, he was able to get a visa extension through the local FRRO. He wants to return to India, this time to get married, but is refused a visa because of a “deadline” the last time.

Another is Lohran (75) who was recently widowed. Her children live in India but she has to be left alone in the village of Khipro in Pakistan as she and her late husband were blacklisted after their last visit.

“I told the Pakistani government that they were my guests, stuck in this situation,” he said. The bride and groom eventually left, but visas for the brides did not arrive until three years later. By then the babies were born. “Can you imagine?” Hamir Singh lamented.

Ganpat, however, recently received some good news. Investigations into her case cleared the block and was told to reapply for a visa. He mailed the request to the Indian High Commission in Islamabad on November 27. The process normally takes 4-6 weeks.

He is now waiting for the visa that will reunite him with his family, unfortunately without his mother.

Beena Sarwar is a journalist covering peace, media and gender issues. She tweets to @beenasarwar.

Next Move over Greece! This black woman created the "Flying Dress" experience in Jamaica 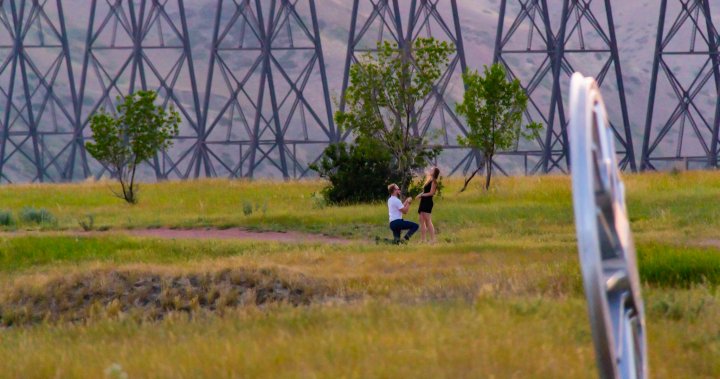