What determines the pricing of crafts?

MORTON – Harry Mirra, 87, of Morton, and Ginny Valonis, 80, of Rutledge, were married on Tuesday, September 21 in the chapel of Our Lady of Perpetual Help Church, surrounded by family and friends .

The Reverend James Goerner, parish priest of the OLPH, celebrated the nuptial mass for the happy couple. Everything about their marital union is traditional, with one exception. The couple will live their married life as a LAT couple. Living Alone Together (LAT) is a trend that has seen a marked increase in recent years, especially among older people.

As researchers study LAT (rhyme with cat) marriages, they find that adults with active lifestyles find committed, long-term romantic relationships without sharing, or ever intending to share, a home, work well. with their active social life, allowing them to maintain their independence while enjoying marital intimacy. Mirra and Valonis said they didn’t care if their arrangement was “trendy” or “something other people are doing these days.”

They just feel like this is what will work best for them. The two octogenarians own houses and intend to keep them and always live there at their separate addresses. The cost of losing their independence far exceeds the cost of maintaining two residences, they explained.

“Our one-size-fits-all arrangement may not be for everyone, but we believe it will work out perfectly for us,” Mirra commented.

Mirra and Valonis met eight years ago at the Schoolhouse Senior Center in Folsom. In 2013, Valonis took his late mother, who died at the age of 106 three years ago, on a tour, trying to get her involved in some activities there. Mirra was there that day, shooting pool. He offered to show the center to the ladies. At the end of the tour, he asked Valonis on a dinner date. She said it was her mother’s birthday and she couldn’t go.

“Afterwards my mom said ‘I think he really loved you,’” Valonis said, laughing at the memory. “I thought about it and also thought he was really nice. I decided to call him to apologize for refusing the date. We went out to dinner on our first date. you in November 2013 at the old Red Iron Pub.

Mirra was recently widowed in 2013, after losing his beloved 59-year-old wife Elizabeth “Holly” Mirra. Ginny was also a recent widow, losing her husband Joseph Valonis in 2012, after 46 years of marriage. They both wanted to take it slow, but enjoyed each other’s company, seeing each other more and more over the years, ultimately choosing to seal the deal in marriage.

“We’re both extremely outgoing,” Valonis explained. “We have a lot of distinct interests, but also a lot of common interests. Our LAT arrangement will give us the best of both worlds.

Valonis, graduated from Swarthmore High School, Class of 1958, and Chestnut Hill College of Nursing, Class of 1965, retired at 65 after a long career as a nurse at Tri-County Hospital, Taylor Hospital and 34 years at Riddle Hospital. She then went to work at Lima Estates as a registered nurse until the age of 70. In addition to her cooking and baking hobbies, Valonis is active with The Blue Church in Springfield and is a member of the Schoolhouse Center Council.

Mirra, who grew up in southwest Philadelphia, graduated from West Catholic High School for Boys in 1952. He served in the US Air Force from 1953 to 1957, then in the Air Force Reserves until 1992, retiring after 40 years of service. Mirra attended St. Joseph College for Business Administration, apprenticed at Philadelphia Navy Yard, where he retired as program director after 37 years.

His community service is exemplary. Mirra is a former state and post commander of AMVETS, where he is still active in Morton’s post. He is also leading the local effort to send medical packages to the military in the area, while getting involved with other veterans groups and causes. He is a member and former Grand Knight of the Knights of Columbus Council # 3753 of OLPH, an active member of the Schoolhouse Center and still a member of its pool team, sits on the Board of Governors of West Catholic High School and is a Eucharistic Minister at Our -Lady of Perpetual Help. He attends daily mass there every morning. He also plays golf once or twice a week.

A few times over the years, Valonis has referred to the “M” word. Mirra hesitated.

“Harry got married young at 20, so he loves his freedom,” Valonis explained. “He is involved in a lot of outdoor activities. I read articles about LAT relationships online and told Harry about the arrangement, but he still wasn’t ready. He first said he just didn’t want to get married.

About six months ago, Mirra broached the subject on her own. He says he was going to propose to Valonis on a trip to Italy, but when the trip was canceled due to the pandemic, he decided to casually ask the question.

“I said, ‘Are you really serious about this?’ because I know he always said he didn’t want to get married, so his sudden about-face surprised me, ”Valonis explained.

Valonis said she was nervous about her change of mind and she prayed about it, asking the Lord to give her a sign if she should not come to the altar.

“I never got a sign, so now I’m very excited about it,” smiled Valonis.

“I totally agree,” Mirra said sincerely. “Otherwise, I wouldn’t be here. It’s time. We love each other and love to be together and that’s why we do it. We want to travel and we no longer want to pay for separate rooms. We also want to consummate our marriage. We are both religious and have a lot of respect for each other. We believe in waiting for marriage.

The couple’s homes are about three minutes apart, they said. Valonis plans to bring dinner each night, so they can eat together and enjoy each other’s company. In the morning, she will come home so that they can both go about their daily activities and routines.

“I plan to spend around 12 hours at each location and be there to support Harry, as I always do, in his activities. He is very active in the community, he is always busy. I am very proud of him, ”said Valonis.
“When I mention this arrangement to my friends, they say it’s a good deal,” Mirra joked with a wink.

“I mentioned our LAT arrangement to a friend, who has been divorced twice, and she said that she might not have divorced her second husband if she had been in this style of marriage,” added Valonis with a small laugh.

The chapel wedding was simple, sacred and elegant. The couple did not want music during the ceremony. The groom wore a navy blue suit. The bride wore a beige lace sheath, a below-the-knee dress with a silk stole. Cynthia Bohner was the matron of honor and Michael Mirra was the best man. The church readings were taken by their grandchildren: Annabelle Mirra, 17, and Zachary Bohner, 16. The offering gifts were brought by grandchildren Ethan Bohner, 14, and Harrison Mirra, 12. David Valonis and Mary Ann Boyle were the hosts.

The new Mr. and Mrs. Mirra are planning to go on a four-day honeymoon in the not-so-distant future on the Jersey Shore. They both said it would be the first trip in many years that they finally didn’t have to book separate rooms.

“We are truly blessed to find love in our later years,” said Mirra. “We have a LAT we can be thankful for! “

Next Disney's Haunted Mansion: The Bride 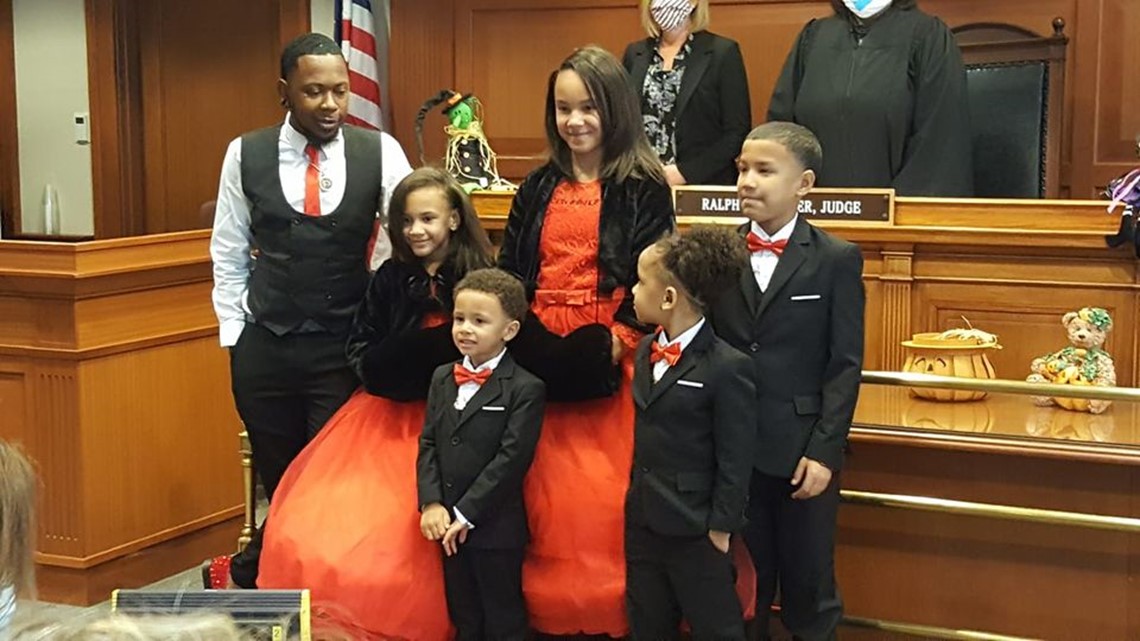