Here’s How This Los Angeles Couple Paid Just $500 For Their Wedding, Including A $47 Dress

For James Kjorlaug and Krista Noechel, a house in the colors of the Smurfs evoked great feelings.

They met in the summer of 2005 at Bear Creek camp for Ozark Mission Project, a church camp that meets in various parts of the state, attended by young members of several churches who are there to lead many missionary projects for people in need.

James and Krista met at the start of their camp, and although they weren’t assigned to the same small group, they worked together to paint a house towards the end of the week.

“I don’t remember if it was used for anything in town or if it was someone’s house, I just remember that we were in charge of painting it an awful color of blue,” says James, who was a rising high school student from Paragould. “We ended up calling it the Smurfs’ house.”

The paint color jokes turned into an afternoon of conversation, followed by another, until the job was done. By the time they were done, they knew they wanted to stay in touch.

She thought he was kind of a geek – intellectual and a bit clumsy – and she liked to hear his take on things.

“He was just silly and really, really funny but also smart,” says Krista, who was about to start her freshman year of high school in Cabot. “He’s just a little corny that way.”

James says it was Krista who brought out that side of him.

“It’s part of his personality,” he says. “I tend to be a little reserved, depending on the situation, but I didn’t feel like I had to be reserved around her.”

They kept in touch when James graduated from high school and went to Arkansas State University at Jonesboro. Krista graduated and went to the University of Central Arkansas at Conway, checking in through social media, talking on the phone, and even writing real letters.

“I had started to respond to a call to ministry and started moving into the process of ministry in the Methodist church,” he says.

They stayed in touch, their friendship goes and goes.

“It wasn’t like it was always consistent,” James says. “It was kind of back and forth.”

James had a girlfriend for a while, and he and Krista didn’t talk much during that time. Aside from this brief interlude, they simply found reasons to touch each other at irregular intervals.

“I was preparing for a long trip,” says Krista, who contacted James before he left for Africa the summer before his senior year of college. “I just got in touch because we hadn’t spoken. He and his ex-girlfriend had broken up and we kind of reconnected.”

They went to a concert together in Memphis and reunited for a few more outings before he left.

“Once I came back that summer, we really started talking a lot more,” she says. “We actually started dating during our two senior years in college because he had a super senior year.”

It was late summer 2010, five years after they met at camp.

There was no conversation about their friendship changing — just a natural evolution as it deepened in love.

“It was really a two-way reconnection and deep communication,” says James.

He proposed as they talked on the balcony of his fourth-floor apartment in Dallas.

“I almost knocked the ring off the balcony,” he says.

He had no plan for asking the question.

“I had been trying to find a way to propose to Dallas but I wanted it to be a surprise, and the second I started trying to take him somewhere atypical of what we had been talking about or planning this that day, I knew it would be give it away,” he said.

They hadn’t even discussed marriage before, but a surprised Krista said yes right away.

They were married on May 25, 2013 at Anthony Chapel in Garvan Woodland Gardens in Hot Springs.

“The whole adventure of the night – dancing and getting goofy and having fun with friends and then starting this crazy journey together – was awesome,” James said.

“I remember walking down the aisle and crying because I was happy,” she says. “We had our closest friends and families there.”

James is senior pastor at First United Methodist Church in Rogers. Krista is a speech-language pathologist at the Sunshine School and Development Center.

James and Krista have retained many of the characteristics and situations in marriage that brought them together all those years ago.

“We met in the context of trying to help other people and trying to make other people’s lives better,” James said. “I think that aspect of Krista’s personality – which hasn’t changed – and in that space, in that place, where we met, that caring and concern for others really had an impact.”

If you have an interesting story about our encounter or know someone who does, please call (501) 425-7228 or email:

The first time I met my future spouse:

She says, “I thought he was very corny.”

He says, “He was just someone I liked spending a lot of time with.”

She says: ‘I went for a run on the treadmill that morning because it’s always a way to relieve stress and all, but I fell and broke a fingernail and scraped my knee. But the whole day was still great.

He said, “We did a first look. But even though I had seen her before, the doors opened and my heart skipped a beat.

My advice for a long, happy marriage:

He says, “Communicate — even when you’re angry, even when you’re frustrated. If you keep working through the struggles and frustrations, it makes all the difference, rather than someone stopping. If you stop talking to each other, that’s just a big deal.

James Kjorlaug and Krista Noechel married on May 25, 2013. They met eight years earlier at an Ozark Mission Project camp, where they spent days painting a house “Smurf blue”. “We gravitated toward each other,” Krista says. (Special at the Democrat-Gazette) 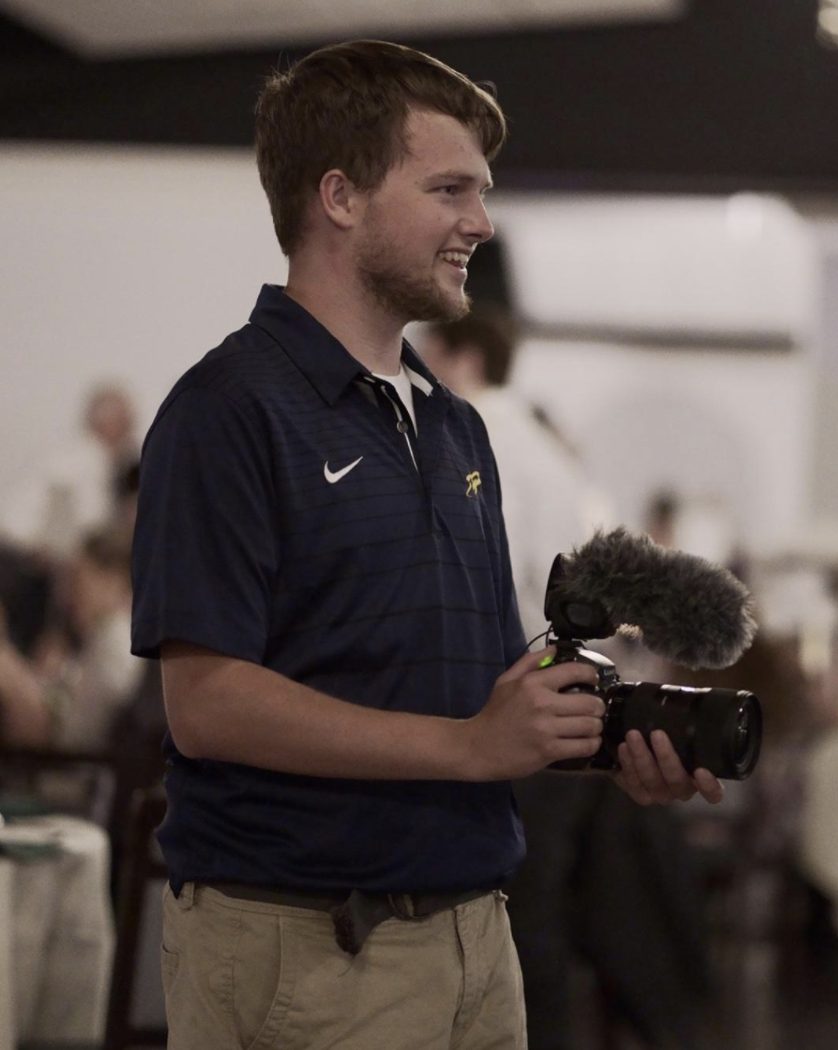 The essential friends and family for high school sweethearts 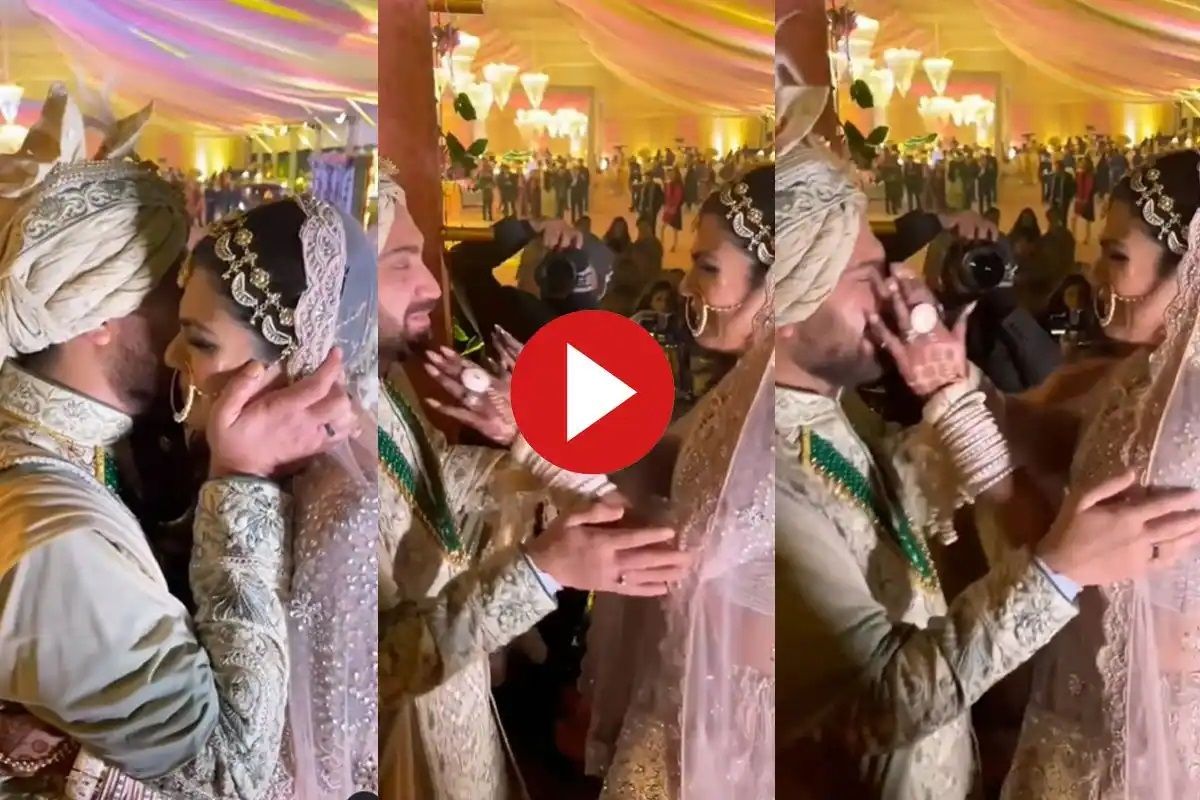 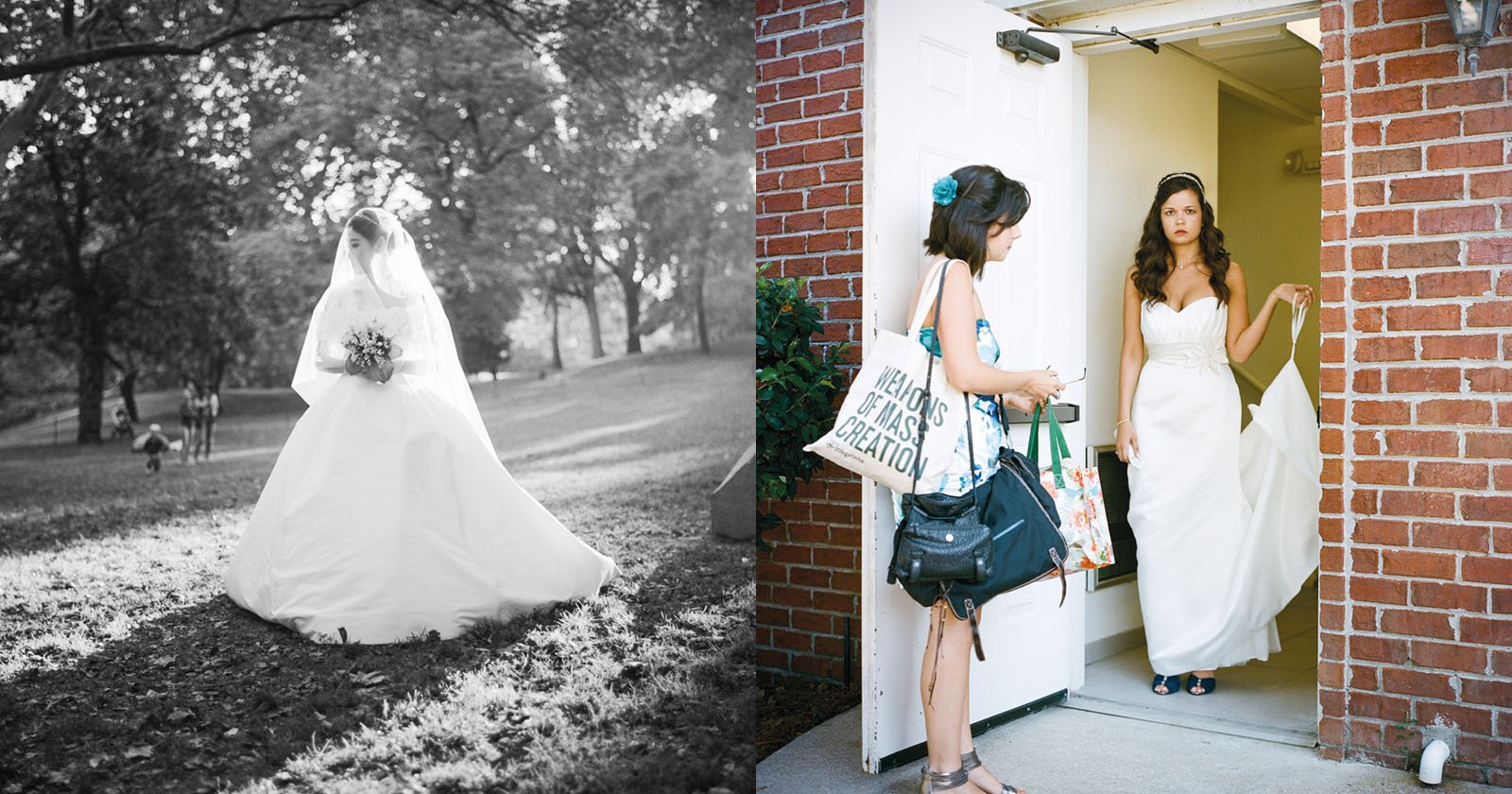 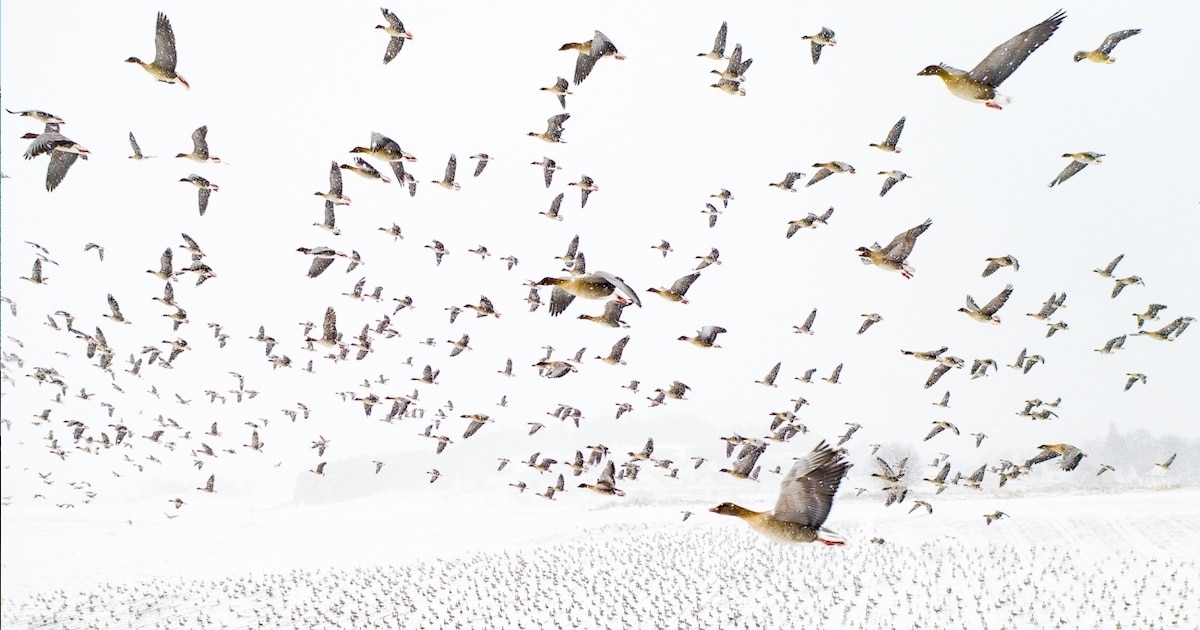 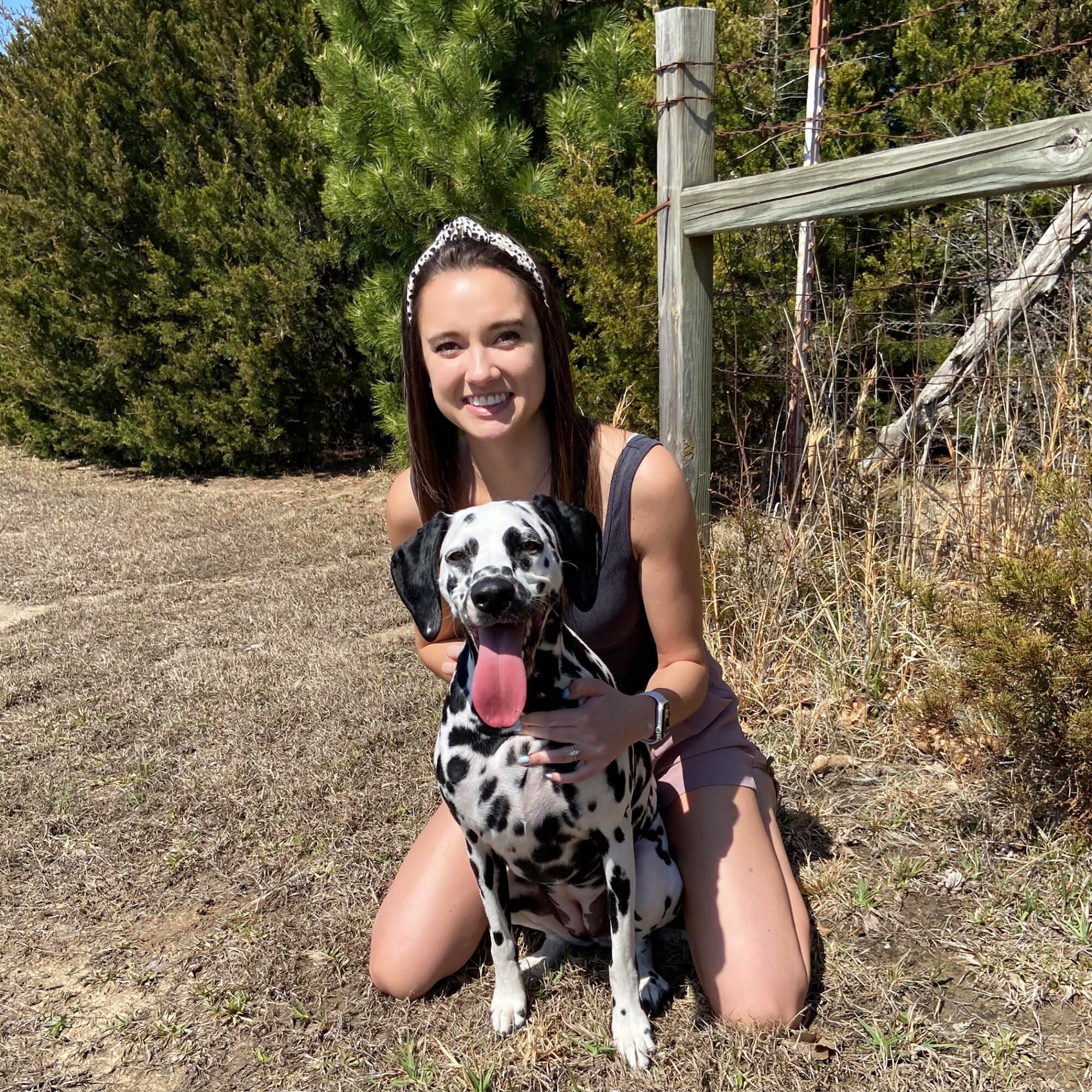