Julian Assange is ready to marry a second time, the wedding will take place in a British prison, World News

Chris Porsz, 68, has recreated hundreds of photographs he took in the 1970s and 1980s with a camera he bought after the birth of his first child in 1978.

He has been described as dedicated, engaged and obsessed after tracking down the subjects of these photographs taken in his hometown of Peterborough, Cambridgeshire.

Helped by the arrival of social networks, word of mouth and his first book Meetings, he was able to create a heartwarming second book Meetings, which gives an astonishing insight into the passage of time.

Most subjects had no idea Chris was taking the original photographs, but immediately recognized themselves when they were posted in The Peterborough Evening Telegraph from 2009.

Chris said: “I was very privileged to reunite with my characters and it was wonderful to witness the smiles, hugs and kisses of lost friends, and now you too can enjoy these special moments. thanks to the magic of photography. . “

Friends Toni Cray and Teresa Weston were pictured on the Sizzler at the Town Bridge Fair in Peterborough in 1985.

Toni said: “We had just left Stanground Comprehensive School after passing our CSE / GCSE exams and a large group of us went to the fair on Friday evening to celebrate. I was 15 and Teresa 16. It was an absolutely brilliant night.

When the couple reunited for the second photo in 2021, they hadn’t seen each other for over 20 years.

“It was amazing recreating the photo. We kissed, then sat on the merry-go-round and burst out laughing. Teresa tried to hang on but ended up getting run over, just like in the original photo.

Gloria Steele worked as a lollipop lady at Queen’s Drive School at Dogsthorpe Road in Peterborough for seven years during the 1980s.

She said: “It was great fun recreating the photo in uniform with a new lollipop stick and I hadn’t lost my touch as the cars kept stopping, it reminded me a lot of happy memories. We had a good laugh and it was nice to see the girls all grown up. “

Mazia Ahmad, Gulfraz Umar, and Tanya Porter were all friends at Queen’s Drive School. None of them remembered having been photographed.

“I had to check with my mom and she remembered my coat,” Tanya says. “I immediately remembered the lady with the pacifier, she still had a smile on her face and hadn’t changed at all. It’s funny because we are now taller than her.

Nurses Karen Belson, Maggie Moore, Anita Downs and Jane Kew were pictured having a tea break in the cafeteria at Peterborough District Hospital in the early 1980s. They all worked nightshift so their break was often after midnight.

They got together to recreate their photo in September 2020.

Anita, who is married and still lives in Peterborough, said: “I usually see Jane regularly and keep in touch with Karen, but I hadn’t seen Maggie since she left work so it was nice. to meet again. “

Howard and Sharon Marshall were spotted by Chris browsing alliances at Ernest Jones’ house in Peterborough in 1981.

The married couple celebrated their 40th wedding anniversary in 2021.

They said: “Ernest Jones had a big storefront and we think we were looking for wedding rings one night. We weren’t sure Chris had taken our photo and when we saw him recently we weren’t even sure if it was us. We had to ask our family to help us identify us.

Brothers Mark and Matt Court were pictured in 1980 eating crisps in a pram while their mother was shopping for shoes in Bridge Street, Peterborough.

Matt said a friend recognized him in the photo posted to Facebook. They posed for the second photo in April 2021.

He added: “When my mom saw it she loved it and was very moved. I think I was about 12 months old in the picture and Mark was about two and a half months old. We think mum was buying some. cowboy boots for our father.

Dr Richard Scott was pictured with his three daughters in Bridge Street, Peterborough in 1994.

Bethany, Abigail and Emma now have children of their own and met in 2021 to recreate the family photo.

Abigail’s baby Leonardo was born a day after the reunion photo was taken.

Joe Wright has often been seen around Peterborough with a barn owl named Rocky perched on his shoulder and Chris took a photo of him during a country and western show in 1984.

Sadly, Rocky is no longer with us, but Joe posed with another barn owl called Sparkle from The Exotic Pet Refuge in Deeping St James for the reunion photo.

Joe said: “It was nice to have an owl on my shoulder again and bring back some great memories.”

Andy Ireland was pictured dressed as a chimney sweep for a costume contest at the Gladstone Street Carnival outside the former Marcus Garvey Club in Peterborough in 1981.

He said: “I didn’t want to participate in the costume contest but at the last minute I changed my mind and we put my outfit together in about 10 minutes. We used my grandfather’s old hat, covered in carbon paper, and grabbed a chimney brush from the shed. My mom helped organize the competition.

The photo of the meeting was taken at the Peterborough Market as the Marcus Garvey Club was destroyed in a fire.

Chris Porsz’s book Meetings 2 is available on his website chrissporsz.com and he will donate his sales to breast cancer research.

Next Goa-based wedding planners and wildlife rescuers Benhail and Louise throw elaborate parties and relocate stranded reptiles, all in one day's work 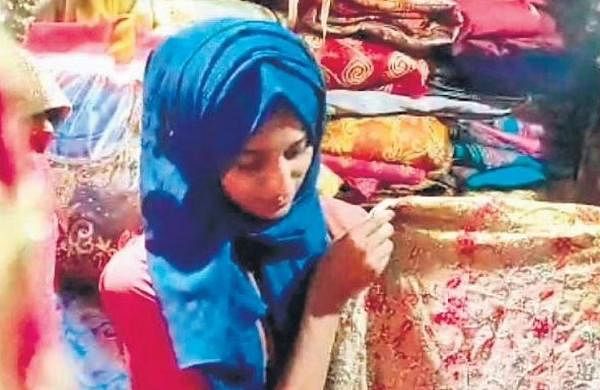 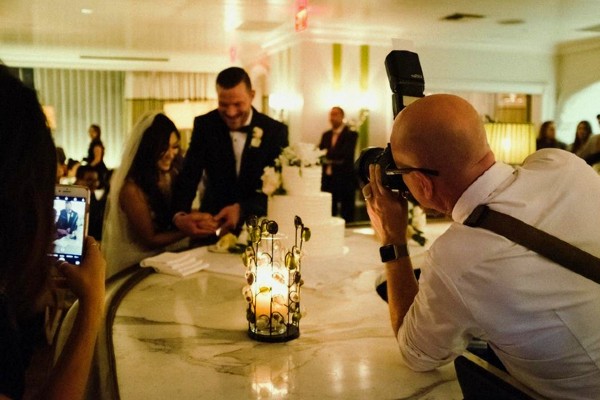