Fans don’t get Johnny’s bond with his co-stars

90 Day Fiancé: Forever Star Angela Deem’s wedding planner, Douglas “DJ Doug” Wooten, was arrested on murder charges and additional charges in January after the shooting death of Carlos Ramirez, 54. Doug has been behind bars since his arrest.

As if facing years in prison weren’t bad enough, Doug says his situation worsened after a local sheriff barred Doug from receiving treatment for a broken foot he suffered before his arrest.

According to court documents filed by Doug on September 9, he underwent x-rays of his foot shortly after his arrest in January. X-rays determined that her foot was “broken / broken”. Doug visited a specialist who said Doug needed surgery to repair his foot. The procedure required the local sheriff to approve it, but when asked, the sheriff reportedly informed the prison nurse that Doug had been “released” from the doctor’s care.

“I am walking with an injured foot that has not been repaired for 8 months,” Doug wrote in the court file. He states that his requirements are to “take action for pain and suffering.” In addition to ensuring that future inmates take [sic] take care of it properly.

A judge ruled that Doug’s trial would be allowed to continue “in forma pauperis” on October 6. This means the case will continue even if Doug doesn’t have enough money to pay the full cost.

Here is Doug’s summary of his allegations in the statement:

“Jeff Davis’s Sheriff’s Department made an appointment for me at the Bone and Joint Institute of South GA… The doctor said I needed surgery. It was in February, a month after my x-ray, that Sheriff Preston Bohannon had to sign for me to have surgery a month later. In March I returned for another follow-up visit and the doctor said my foot had not improved, I still needed surgery, that Preston Bohannon of Jeff Davis Sheriff Dept. had to approve my operation, that he would fax me paperwork to the Sheriff’s Department from Jeff Davis to Preston Bohannon.

“[Name redacted] my mom called several times and spoke with Sheriff Preston Bohannon. He told him that I had been released from the doctor at the Bone and Joint Institute of South Ga. He told my sister [name redacted] the same thing.

“When my mother and sister called the doctor at the Bone and Joint Institute of South Ga, he told them both that I needed surgery, but there was nothing he could do until that Sheriff Preston Bohannon approves the documents he faxed to Jeff Davis’ Sheriff’s Department.

“I always walk on a broken foot that hurts me every day [sic] to the fact that Sheriff Preston Bohannon refused to let me have my surgery, lying to my mother and sister about the doctor releasing me. I am walking with an injured foot that has not been repaired for 8 months.

“I tried to get the doctors ‘files and send them along with these documents, but the Appling Co. detention center and Jeff Davis’ sheriff’s department refused to have the doctor fax my documents to me.”

It has been more than nine months since Marcos Ramirez, 54, was found gunned down in a house in Hazlehurst, Georgia, but there does not appear to be any additional information about the shooting that was not available at the time of L arrest of Doug.

“We don’t know exactly what happened,” the sheriff said of the shooting that left the Hispanic man dead. “We know there were three guns in the vehicle we confiscated, but we don’t know which gun was used in the shooting. Hopefully we will find out tomorrow…. When the Georgia Bureau of Investigation has the results of the victim’s autopsy.

Sheriff Bohannon said one of his officers arrived at the scene three minutes after receiving a call regarding the shooting and that by the time the officer arrived the victim had already died inside the house.

Here are the official statements from the Georgia Bureau of Investigation, including the update after Doug surrendered: 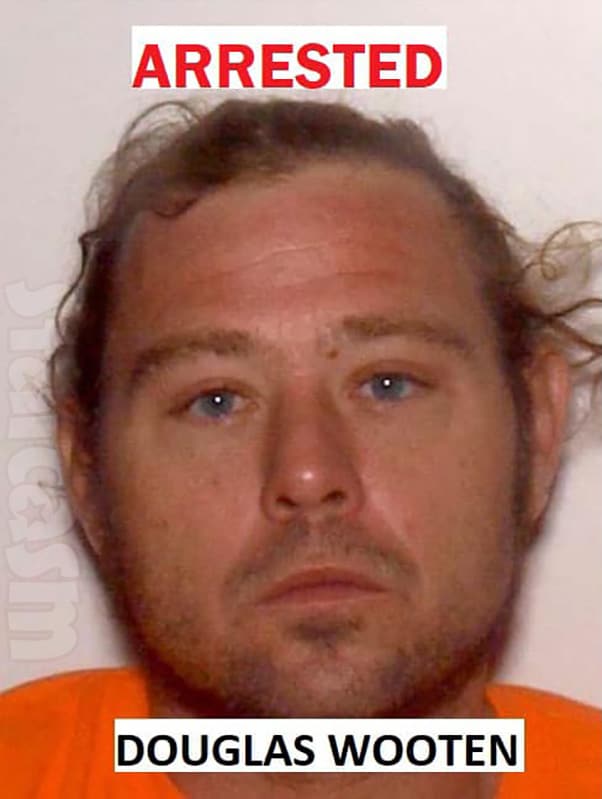 On Monday, January 4, 2021, the Douglas regional office of the GBI was invited by the Jeff Davis County Sheriff’s Office to conduct an investigation into the death. At approximately 8:45 p.m., the Jeff Davis County Sheriff’s Office responded to 21 Mark Hall Drive regarding a call from someone who had been shot. Upon arrival, MPs found Marcos Ramirez, 54, dead from gunshot wounds. Ramirez’s body will be transported to the GBI forensic pathologist’s office for autopsy.

The investigation is active and ongoing. Anyone with information about this matter or the whereabouts of Douglas Wooten are encouraged to contact the GBI Douglas office at (912) 389-4103 or the Jeff Davis County Sheriff’s Office at (912) 375- 6600. Tips can also be submitted by calling 1-800-597-TIPS (8477), online at https://gbi.georgia.gov/submit-tips-online, or by downloading the See mobile app Something, Send Something.

Douglas Wooten surrendered to authorities today in Hazlehurst. He was incarcerated in the Jeff Davis County Jail.

There are numerous reports that 18-year-old Denver Wooten, who was also arrested, is Doug’s son. According to Facebook posts posted by friends and family after the arrest, Verlyttia Ivory, 32, was Doug’s girlfriend.

It is not known to what are the accusations of cruelty to children. There are mixed reports online, including allegations that a child was present in the house where the man was shot. It is also claimed that Doug had his young daughter in his vehicle at the time of the alleged home invasion and murder.

Doug’s murder arrest came almost exactly one month after his arrest for drunk driving. It is also the second felony arrest of a person who appeared with Angela Deem on 90 day fiancé.

Angela’s daughter Scottie Deem was sentenced to three 20-year prison terms to be served concurrently after pleading guilty to three counts of pedophilia in early 2019. Scottie was released after serving just 15 months.